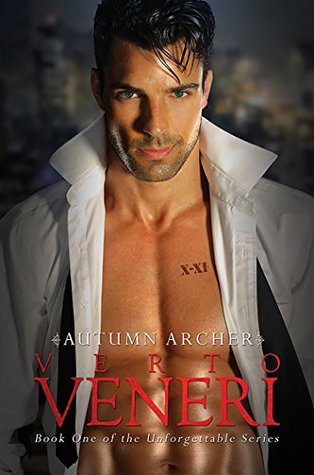 After months of planning, Lana Craig and her boyfriend, Rory, enter the exclusive club ‘Verto Veneri’ in Belfast, known only to the rich and salacious, by invitation only. They step inside as a united, happy couple but leave separately as fate casts a web of lust and deceit.

High flying playboy Marcus McGrath has no intention of committing himself to a woman, ever. His sole focus is business, with no room for a relationship. Why bother tethering himself to one woman, when he can have the pick of any woman he wants?

Inside the club, Rory quickly disappears, leaving Lana all alone to innocently break the strict Verto Veneri rules. Her path crosses that of the sexy, unattainable owner. Lana quickly becomes a target for his attention, but she plans to marry Rory in the future, even though the spark between Marcus and Lana leaves them both with an unforgettable and unquenchable desire.

Marcus wants what he can’t have.

Secrets are revealed and a murder brings all their lives to a heart-stopping standstill.
(Goodreads)

Autumn Archer has had a passion for writing since she was a young girl. Throughout the years, she continued to write but put her focus on maturing as a woman, mother and wife. She lives on the outskirts of Belfast, Northern Ireland, where she is often found at the Pilates Studio, behind a book or in her snug writing (with her dogs by her side). When she is not in her country retreat, Autumn spends her time in Fermanagh, at an idyllic writing spot by Lough Erne. She loves writing sexy romance with the occasional hint of darkness – but always with a happily-ever-after. Autumn can happily lose herself (and all track of time) in a world of words, breathing life into hot alpha males who fall for strong, sexy women.

With its 109 pages, Verto Veneri was a super quick and entertaining read. Before I knew it I was already halfway through!

I love the concept of adult romances that revolve around a club like Verto Veneri. It’s exciting to read about and because the characters are in an erotic club, action quickly takes place without it being unrealistic. My only problem with one of the characters, Marcus McGrath, was that he’s a typical alpha male: he takes what he wants without really asking if the girl, Lana in this case, is really giving consent. Of course, you read it from both Marcus’s and Lana’s POV, so the reader knows she wants it as well despite her saying “no”, but Marcus isn’t in the position to be able to look inside Lana’s head to see if she’s really fully up for it.

Before I knew it, I finished the book and was left wanting more. The book has the most open ending ever, so I can’t wait for the second book to be here so I can get to know what the frick is going to happen!

*An ecopy of this book was kindly sent to me in exchange for an honest review. All opinions are my own.*