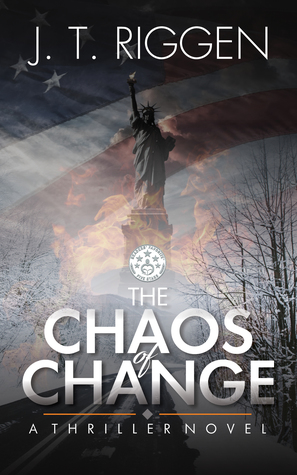 Welcome to the imminent future: the American political gap is maximized; the individual states have begun clamoring for the disbandment of their federal government for its lack of stability; multiple power-hungry groups lick their chops at the thought of grabbing the reigns of the United States of America. And then a nation defining incident occurs, Article V of the U.S. Constitution is activated, and three sovereign territories come into existence.

But this hardly bothers Thaddeus Jackson – the son of a popular former president – who had money, fame, and a promising career in politics…until he ran away to the Alaskan wilderness to live in peace away from his family and the growing civil unrest.

What few know is that an elite group – led by Shane Wallace, Director of the CIA – has taken action. They recruit the very hesitant Thaddeus to be part of a diplomatic team tasked to negotiate the seemingly impossible peace between the liberal leaders of the North and his dysfunctional, republican family that now runs the South. The team includes Lozen Kyway, a highly-trained female agent turned bodyguard; Dr. Andreas Albrecht, a brilliant engineer and scientist who believes he’s discovered a truly sustainable, albeit dangerous, energy source; and Tomas Martinez, the former Vice President.

This elite group, and all its supporting team, will come together in a race against the clock to divert the territories away from war. New-age patriots will rise and fall, and new threats to democracy – never before imagined – will emerge from the shadows. Can the well-intentioned come together fast enough to ward off war in the states? Whose intentions are noble? Whose are full of malicious intent? Prepare yourself for an American era teeming with espionage, lies, murder, manipulation…The Chaos of Change!
(Goodreads)

I was quite nervous about starting this book. I’m not exactly a lover of anything political, so a novel on American politics and its presidency isn’t exactly my cup of tea. Or so I’d initially think. The Chaos of Change had the perfect balance between politics and non-politics. There was enough space to get to know the main characters personally.

And man, I got to love the main characters! It was a really diverse bunch of people and each really had their own personality. My favourites were Slink, Kyway and Thaddeus Jackson – the people the novel was mainly about. I just liked their plot line best! The trio ends up in a kind of futuristic community (The Federal North Pole) that makes use of new technologies and has ways of earning “money” that I thought was brilliant. Of course this all has a downside and I was just curious about how this new community would end up. I couldn’t be bothered about the drama between the North and South of the USA, to be honest, so I kind of just skimmed through those parts 🙈

Those parts were also why I give The Chaos of Change only 4 stars instead of 4.5 or 5 stars. It felt like there were two stories and I also read it like that. The two stories didn’t really merge into each other, in my opinion. The parts that weren’t about the FNP mostly felt like an interruption, although that was actually what the book was about.

The book had quite the open ending so I’m really curious how the plot line of the FNP will unfold, but not so much about the war between North and South.

*An ecopy of this book was kindly sent to me in exchange for an honest review. All opinions are my own.*

4 thoughts on “The Chaos of Change by J.T. Riggen || Review”