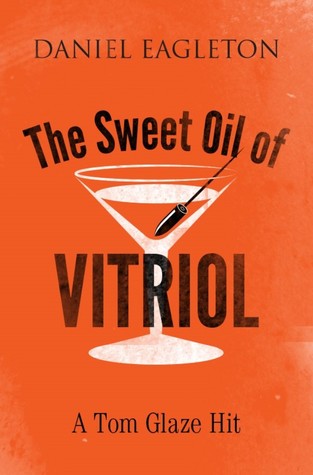 Ever get the feeling the staff want to kill you?

After a government sanctioned hit goes spectacularly wrong, Mossad agent Thomas is blamed for the mission’s failure by his superiors, ousted before completing his very first job. Desperate to prove himself, Thomas accepts an offer from his former handler, Yakov, to assassinate Jacob Okonjo, the head of the African Union. It seems Jacob is allowing certain parties to control Africa’s lucrative diamond trade, and in doing so has made some powerful enemies. But like that Mossad hit-team caught on camera in Dubi a few years back, how is Thomas supposed to terminate such a prominent figure without being caught on CCTV? The answer: to work undercover as a room-service waiter at a top London hotel, where, in a few months’ time, Jacob Okonjo will be staying. It’s the perfect plan. Jacob is to be administered an untraceable poison, and afterwards, even if there is an investigation, a trusted member of staff like Thomas will be above suspicion. That’s the idea, anyway. In the meantime, he’s to suffer month after month of boring, menial employment, serving rich, famous people dinner, when he should be making a name for himself amongst the intelligence community. Because you can bet this never happened to Bond or Bourne. Never had to work for tips, subjugating themselves like some average, everyday citizen…
(Goodreads)

The Sweet Oil of Vitriol was a clever and fun read, which could’ve used some editing here and there. I thought the setup of the story was original – a spy that has to go undercover and work as a waiter in a high class hotel in the UK for about six months until he can do to his real job: kill people. Throughout the story you get to know that Thomas is a spy at heart but gets distracted (mostly by women) quite easily, which leads to him making a few “little” mistakes from time to time.

One thing that bugged me a little was the part about Drake’s, yes the rapper, stay at the hotel and his behaviour there. I don’t know Drake personally, duh, but Eagleton portrays him as a stereotype rapper: an arrogant guy with a big group of men and women around him who like partying, fighting and breaking things. With this Eagleton made it a little too personal, with calling Drake by his (rapper)name, instead of just mentioning “a rapper”. This would’ve been enough to understand what was happening, in my opinion.

Overall, The Sweet Oil of Vitriol was a nice, easy read that was hard to put down at times. At the same time I thought some things were a bit out of place and that some characters could’ve been worked out a little better.