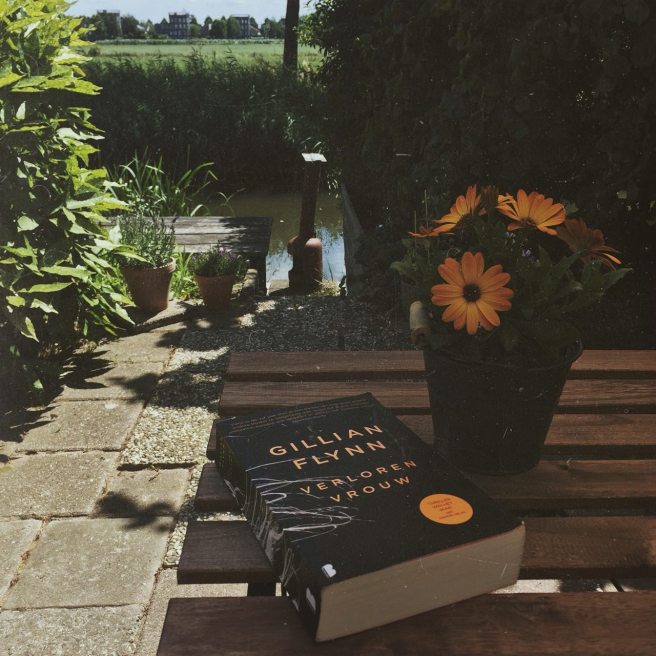 On a warm summer morning in North Carthage, Missouri, it is Nick and Amy Dunne’s fifth wedding anniversary. Presents are being wrapped and reservations are being made when Nick’s clever and beautiful wife disappears. Husband-of-the-Year Nick isn’t doing himself any favors with cringe-worthy daydreams about the slope and shape of his wife’s head, but passages from Amy’s diary reveal the alpha-girl perfectionist could have put anyone dangerously on edge. Under mounting pressure from the police and the media—as well as Amy’s fiercely doting parents—the town golden boy parades an endless series of lies, deceits, and inappropriate behavior. Nick is oddly evasive, and he’s definitely bitter—but is he really a killer?
(Goodreads)

I had wanted to read Gone Girl for so long and now that I finally have, I’m not disappointed at all. I totally understand the hype around the book – the story is so deceiving and no character is safe from suspicion. I always look for good plot twists in thrillers and this one was just full of them.

At the start I thought it was quite clear what the outcome of it all would be, but I was still curious how it all went down. But man, I was WRONG. The hype around the book is mainly because of the major twist somewhere halfway through. Although it went through my head once or twice, I thought it’d be way too crazy. Flynn, however, did a great job on coming with believable evidence and clues so that it all would fit. She also did a great job on building the characters – they are all just plain crazy, but still believable. Although I hope there are not too many people like Amy and Nick walking this earth, because no-one would be safe anymore and everyone suspicious (at least to me, after reading this book)

At the moment everyone’s buzzing around the adaptation of Sharp Objects, another thriller by Gillian Flynn. After reading Gone Girl I’m definitely curious about the other books by Flynn!