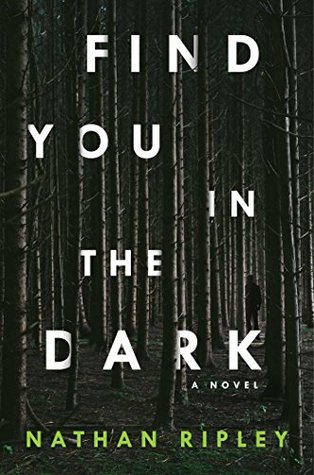 In this chilling and disquieting debut thriller perfect for fans of Caroline Kepnes’s Hidden Bodies and Jeff Lindsay’s Dexter series, a family man with a habit of digging up the past catches the attention of a serial killer who wants anything but his secrets uncovered.

For years, unbeknownst to his wife and teenage daughter, Martin Reese has been illegally buying police files on serial killers and obsessively studying them, using them as guides to find the missing bodies of victims. He doesn’t take any souvenirs, just photos that he stores in an old laptop, and then he turns in the results anonymously. Martin sees his work as a public service, a righting of wrongs.

Detective Sandra Whittal sees the situation differently. On a meteoric rise in police ranks due to her case‑closing efficiency, Whittal is suspicious of the mysterious source she calls the Finder, especially since he keeps leading the police right to the bodies. Even if he isn’t the one leaving bodies behind, how can she be sure he won’t start soon?

On his latest dig, Martin searches for the first kill of Jason Shurn, the early 1990s murderer who may have been responsible for the disappearance of his wife’s sister. But when he arrives at the site, he finds more than just bones. There’s a freshly killed body—a young and missing Seattle woman—lying among remains that were left there decades ago. Someone else knew where Jason Shurn left the corpses of his victims…and that someone isn’t happy that Martin has been going around digging up his work. And when a crooked cop with a tenuous tie to Martin vanishes, Whittal begins to zero in on the Finder.

Hunted by a real killer and by Whittal, Martin realizes that in order to escape, he may have to go deeper into the killer’s dark world than he ever thought…
(Goodreads)

Nathan Ripley is the pseudonym of Naben Ruthnum. Naben grew up in Kelowna and spent most of his twenties in Vancouver, making frequent trips to the Pacific Northwest setting of Find You In the Dark to see concerts and, eventually, to conduct research. His interest in pulp, thriller, and horror fiction never flagged even when he was focused on writing criticism and literary fiction. Stepping into the Nathan Ripley pseudonym to write crime fiction was a natural step, as Ruthnum continued to write short stories, eventually winning the Journey Prize. Find You In the Dark is his first novel. He lives in the Parkdale neighbourhood of Toronto.

I’m still doubting whether I should give this book 3 or 3.5 out of 5 stars, hence the .25 star I added. It definitely was a good read, but it just isn’t a new favourite of mine. Don’t get me wrong: I absolutely loved the concept and this is quite good for a first novel! All I was missing was some psychological aspects to the story. There were plenty of situations and characters that could have been analysed in a psychological way. If this book was a little more psychologically supported I would also have liked the characters a little more. Now they were quite flat. I didn’t have the idea that I really got to know any of them, although you get to know quite a lot about them. Another thing: there were, in my opinion, not any real good plot twists. And you all know I’m a sucker for a good plot twist!

Now onto the good parts, because there definitely were enough of those! While reading I was not bored once. I really wanted to read on and on and on, just to see where it would all end. And man, this book was quite detailed and creepy at times. From time to time, the story gave me some minor Ed Gein vibes. If you don’t know who that is, look him up, and you know enough. Ripley’s description of situations and surroundings definitely added to this creepy vibe. Loved that. I can still picture some of the situations very well!

I’m really curious about what Nathan Ripley will write in the future, because this first novel was already quite good and I think it’ll only get better!