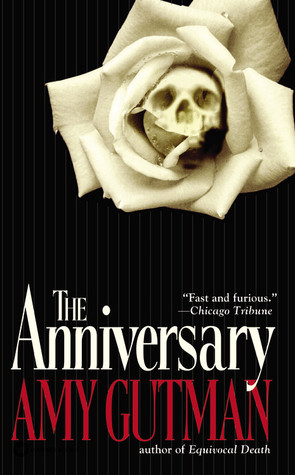 Three women reach the edge of terror as the secret past they all share is unearthed and turned against them. It’s been five years since the execution of Steven Gage, a devious, charming psychopath who took the lives of more than a hundred women. In those five years, three women connected with his case have moved on. His attorney has rid herself of the stigma of defending Gage. A true crime writer has gone on to new projects after her bestseller about his rampage. And Steven’s ex-girlfriend has made a new life for herself one where she won’t be reminded that she once shared her home with a monster. But someone hasn’t moved on. On the fifth anniversary of Gage’s execution, each of the women gets a private note… a chilling message that lets all three women know they haven’t been forgotten, and that in someone’s dark imagination, Gage’s legacy of terror lives on. At the time of his sentencing, Gage issued a terrifying edict that all three women hoped was meaningless. As threats against them turn deadly, the past explodes into the present. And one woman is in the fight of her life to uncover who is really responsible a killer who is determined to start up the string of murders right where they stopped.
(Goodreads)

The summary of The Anniversary got me really thrilled to read this book. It sounds like the main characters wouldn’t be able to sleep and were haunted 24/7 by the one who’s behind the notes. Unfortunately it didn’t make me feel like the women were really terrified by the notes and the events that took place after that. One of them even just rips her note up and throws it with the trash and one of them just goes for a jog (everybody knows you must not go for a jog after receiving a suspicious anonymous note). Only one of the three was scared but her terror didn’t seep from the pages, and after reading the summary I was looking for just that. So that was kind of a let down.

Unfortunately the story didn’t have me on the edge of my seat while reading. However, I thought the solution to who’d dunnit was quite a surprise and it was only revealed when one of the main characters also discovered it. Seconds before that, there were still two different suspects. Or were there three? I sometimes found it quite confusing who was a suspect and/or culprit of what case and now that I’ve finished the book, I still am. I think Gutman wanted to confuse the reader a little too much, so that it had real confusion as the outcome.

Note: Gutman was inspired by the memoires of a girlfriend of the serial killer Ted Bundy to write this novel, so that’s cool!

3 thoughts on “The Anniversary by Amy Gutman || Review”