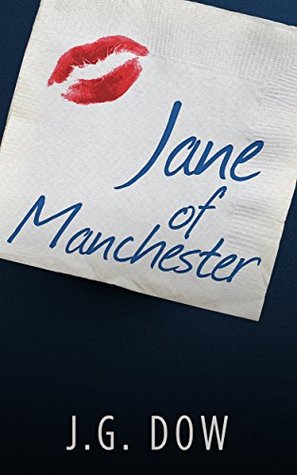 Jane’s life on the face of it isn’t really too bad…she has great friends like party girl Natasha who’s always up for a laugh and her close pal Polly, always there for her and of course her loving parents, but things could still be better…

Most people she knows are either married or have kids and she has been single a while now and wonders if a good man is ever to be encountered again. The single life is far from a quiet one for Jane however, as she is constantly getting dragged to night clubs and bars by Natasha and the crew as well as enduring a particularly boozy weekend away at the seaside!

Jane loves a lot about her life, disregarding rude plumbers in her flat and dealing with annoying superiors and a smug sister, but as a certain someone takes her eye, is everything about to change and get a whole lot more serious or is the single life determined to keep her captive a while longer yet…
(Goodreads)

You can already see it in the stars I gave this book – I didn’t necessarily love, nor hate the book. There were some problems I had with the writing style, but on the other hand it read like a train and I didn’t have any problems picking it up!

Let’s just say that my main problem with this book was the very … factual manner it was written in. It was almost like reading a diary or log with lots of details on the meals Jane ate, if her boss was an ass on a particular day, and what she was wearing. I had a hard time finding the actual story in this one. Nothing really happened and when there was an opportunity to finally let something happen, Dow didn’t seem to take it. I hate to say it, but I kind of missed the drama – the people in the book were all just too … nice? The dialogues (there was a lot of dialogue) were not what I expected from a group of thirty-year-old women. When Jane was annoyed or having a discussion with one of her girlfriends, all what had to happen was one saying “sorry” to the other and it was all good again.

Although there were a lot of details, they weren’t the details I like to read about. After reading for the nth time about Jane drinking rose, being hungover or going out for dinner and what she ordered, I was kind of done with that. I wanted to know what Jane looked like, what her apartment looked like, what she saw when she was out and about. Because of this I didn’t feel a connection to Jane, at all.

One thing I did like about this book was Jane being a strong, independent woman, who really doesn’t need a man in her life to make her happy. After all, she has her lovely parents, her girlfriends and a decent job at the florists. I didn’t really miss a man in her life, but of course I get that she was getting quite nervous when all of her girlfriends seem to get settled while she was still single. Nevertheless, I didn’t really see a problem in that! Why force something while she seems to live a perfectly happy life? The reason why I gave this book 2.5, and not 1 or 1.5, stars is because of Jane not moping and waiting around for Prince Charming to finally arrive.

It may not seem like it, but overall I liked reading this book. However, I don’t like it that there were so many chances to put some action and thrill in this book, but none of them were taken. I think this story would’ve made a great script for a romantic comedy film, but not so much for a novel.

One thought on “Jane of Manchester by J.G. Dow || Review”