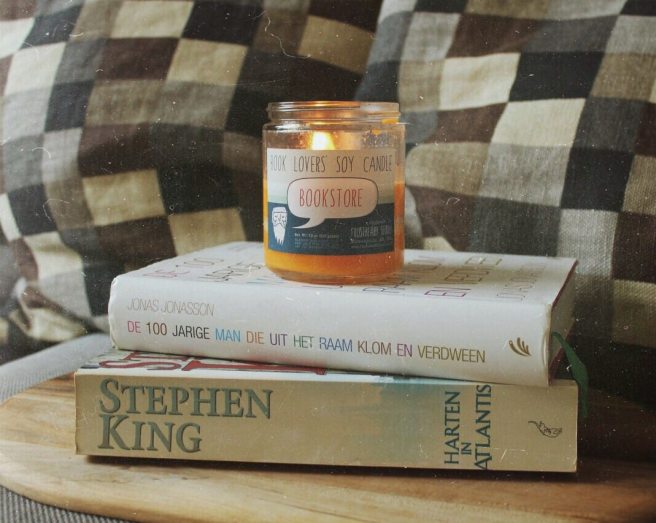 Where I was actually planning on reducing my TBR-pile in the month of September, I also went thrift shopping last Friday. I came home with two secondhand books. Next time I will say “no, you still have 100 unread books at home” to myself. At least, I hope I will. Anyway, read on to find the blurbs and my thoughts on the books I bought!

It all starts on the one-hundredth birthday of Allan Karlsson. Sitting quietly in his room in an old people’s home, he is waiting for the party he-never-wanted-anyway to begin. The Mayor is going to be there. The press is going to be there. But, as it turns out, Allan is not… Slowly but surely Allan climbs out of his bedroom window, into the flowerbed (in his slippers) and makes his getaway. And so begins his picaresque and unlikely journey involving criminals, several murders, a suitcase full of cash, and incompetent police. As his escapades unfold, we learn something of Allan’s earlier life in which – remarkably – he helped to make the atom bomb, became friends with American presidents, Russian tyrants, and Chinese leaders, and was a participant behind the scenes in many key events of the twentieth century. Already a huge bestseller across Europe, The Hundred-Year-Old Man Who Climbed Out of the Window and Disappeared is a fun and feel-good book for all ages.
(Goodreads)

I have seen this book in the bookshops and heard so many good things about it! I have been wanting to buy it since forever, but never did. Now that I saw a hardback for only 3.50 I knew I had to buy it!

Hearts in Atlantis by Stephen King

In HEARTS IN ATLANTIS, King mesmerizes readers with fiction deeply rooted in the Sixties, and explores – through four defining decades – the haunting legacy of the Vietnam War. As the characters in Hearts in Atlantis are tested in every way, King probes and unlocks the secrets of his generation for us all. Full of danger, full of suspense, and most of all full of heart, Stephen King’s new book will take some readers to a place they have never been . . . and others to a place they have never been able to leave completely.
(Goodreads)

I bought this book without reading the summary. But hey, it’s a Stephen King book, I’ve heard good things about it and it was only 2.50! So … why not?!

No, but seriously guys. My TBR is haunting me more and more every day. On the one side it’s good to know that I won’t be without a next read for about a year, but on the other side: I NEED TO STOP BUYING BOOKS AND ACTUALLY READ THEM. With that I hope to have convinced myself to first read all the books on my TBR before buying any new ones. *adds another book to her wishlist on Book Depository*.