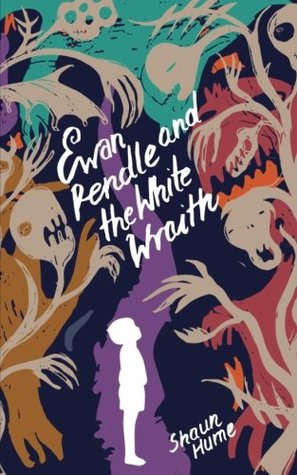 Ewan Pendle was weird. Really weird. At least, that’s what everyone told him. Then again, being able to see monsters that no one else could wasn’t exactly normal …

Thinking he has been moved off to live with his eleventh foster family, Ewan is instead told he is a Lenitnes, one of an ancient race of peoples who can alone see the real ‘Creatures’ which inhabit the earth. He is taken in by Enola, the mysterious sword carrying Grand Master of Firedrake Lyceum, a labyrinth of halls and rooms in the middle of London where other children, just like Ewan, go to learn the ways of the Creatures.
(Goodreads)

This book is said to be reminiscent of the Harry Potter series by J.K. Rowling and these critics were not wrong. There’s a boy, he grew up without knowing his parents, and he’s … special, so he’s sent off to a magical school to be trained into a so called Vilmhied. Yep, many Harry Potter vibes there! Sometimes a little too many, in my honest opinion. There was even a Master (a teacher at Firedrake Lyceum) that wears a turban … I couldn’t help but feeling sceptical about this: I didn’t think it very original to take a story, change some things about it and call it a brand new story!

That was my thought at the beginning, but that changed quickly enough! Yes, this story reminds me as a Potterhead of the Magical Wizarding World, but it’s also a whole new world with a brand new story! The friendships Ewan forms with other Grade Ones in his first months at Firedrake are very strong and soon there’s a trio formed that can’t help but to break the rules of the Lyceum every now and then. But all for the greater good! As a reader you not only get to read about Ewan’s life before Firedrake, but also about that of Mathilde and Enid, which was lovely.

However, there were some things that just downright annoyed me while reading. Like the huge focus on the eyes of some characters. Mathilde had green eyes that reflected the lights in the room very well, Grand Master Enola had “startling azure blue eyes” and I think I have read the phrase “liquid black eyes” about 50 times throughout the book. If not more. After ten times I already wouldn’t ever forget that Enid the pirate girl had “liquid black eyes”. I’m not one for endless descriptions of characters, and I think it’s only distracting me from the story most of the time.

One reason I’m not too big of a high fantasy reader is because of the names of characters and places that seem to consist of only consonants and are almost impossible to pronounce correctly (at least for me they are). This always takes away a feeling of recognition I need to have while reading, if I want to really love a book. This book also contained some of these names/words, like Lenitnes or Eimyrja. Maybe it’s just me, but most times I just read over such names, which results in a detachment between me and these characters/places.

To end on a positive note: Ewan and the White Wraith was a cute little story, with some action and a lot of mystery that is not all solved within the first book! So, I’m very curious about book two!!